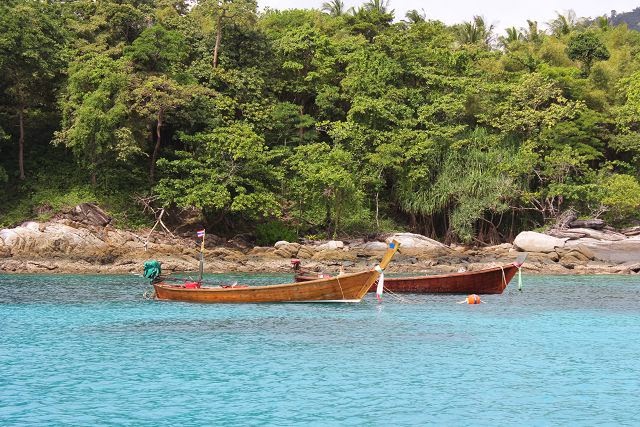 There is no public ferry service to the Racha yai, the only way to get there is in a private speedboat, diving boat or fishing boat. The three hotels on the Island run their own speedboat service, once or twice per day.

If you want to make the trip to the island, only 24 km south from Chalong Pier, let us know and we can arrange for a speed boat to this beautiful island.


When to Travel to Racha Yai and the Climate

Racha yai Island is just a short trip south of Phuket so is subject to the same weather and seasons.
Like Phuket, Racha Yai is a year round destination with temperatures generally staying within the 25-35 C range.  November through to April is the dry season with what wind there is coming normally from the North east.  The Monsoon season is May to October, the monsoon winds come from the South West often bringing rain showers with them.
As Racha Yai has West, North and East facing beaches there is always a calm, protected beach available.
For Scuba Diving around the Island the monsoon season is the best time as the better dive sites are on the east coast and are protected from the wind at this time.


Where to stay and Beaches 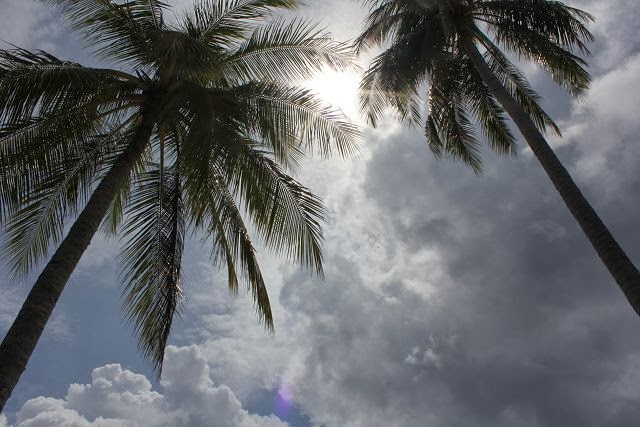 The habitable area of the Island is fairly small and unlike some other local islands development has been limited.

Batok Bay is west facing so during the dry season is the arrival point for all people coming to the Island and consequently it is also the busiest of the beaches.  Like all all the beaches on Racha Yai this is a beach of fine white coral sand which stretches he whole width of the  bay between the two rock and boulder ridges projecting out to sea.

Siam Bay is a  five minute walk from Batok bay and is North facing, this 900 metre long white sand beach is backed by a coconut grove, the bay itself is huge with long rocky ridges making up the sides of the bay.  The western ridge has a bamboo constructed bar hanging from it a little way out from the beach.

The area of the eastern side of the Island that is accessible is split into bays, each with a small beach, though they have the same white sand as the other beaches these have a lot more small  rocks and stones on them. The largest of the three beaches is in the central Ter bay, the smallest, and at high tide non-existent beach is to the north in Lar Bay and the most southern of the three in in Konkare bay nestled below a large headland which is where one of the Islands resorts is built. There is a track leading past all these beaches which continues north to Siam Bay or you can take the main track through the centre of the island

The centre of the Island was originally where the few locals lived and is now home to two bungalow resorts and restaurants.  This is also the home of the Island other industry - Coconuts, the centre parts of the nut are normally sold locally but the husk is exported all over the world to make mats and brushes.

There are two types of accommodation on the island - Hotel Resorts (3) and Budget Bungalow resorts (4)
Hotels
The Racha - this high class, high price resort is set on Batok Beach
The Rayaburi Resort is set in the 75 acre coconut grove just behind Siam Beach
Ban Raya Resort is the oldest of the three hotels on the Island and developed from a small bungalow resort to it's current form set on the headland above Konkare bay

Bungalows
Raya Bungalow resort is the oldest  set of bungalows on the Island, set on a rocky promontory on the north side of Batok bay these are the bungalows that caused the common English name for this bay.

Raya Seaview resort is a small group of Bungalows nestled among the rocks at the western end of Siam beach.
Raya Garden Resort and Raya Father Resort are in the centre of the Island next door to each other.

Getting Around
The main form of transport on the island is walking, though there is a tractor pulled trailer that crosses the island and with the two new high end resorts on the Island there is a growing number of golf buggies for transporting their customers. For those not wanting to walk motorcycles and ATV's are available for rent and for the more eco-minded and less lazy mountain bikes are also available to rent.

Things to Do and Sightseeing
This is a small island, the main activity is on the beaches, there is plenty of good snorkelling places, especially between the bays on the east coast but also from Batok and Siam bays. Racha Yai Diving is also a popular activity on the island. There are some dive centres on the island where you can do your course or sign up for a dive if already qualified.
There are also a number of small tracks ideal for exploring by mountain bike or ATV 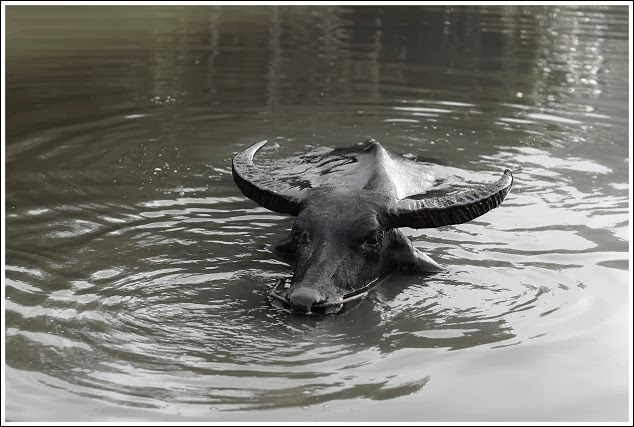 Not So Good - getting there can be a bit of an effort as there is no public ferry or transfer service, take away the stress and let us organise your transfer.

Prices - Racha Yai is a tiny Island, everything except coconuts has to be brought in by boat, electricity has to be generated on the island so prices in the mini-mart can be quite high, restaurants and hotels are comparable to Patong on both price and quality.

Shopping - There are a few mini-marts mostly attached to the resorts offering those things you forgot to bring at suitably exorbitant prices. Drinks and snacks can also be found in these mini markets.  There are a limited number of restaurants on the island but no limit in scope, everything from basic Thai/European fare to gourmet seafood is available.

Good - Even when the hotel and bungalow resorts are busy it is still easy to find your own space away from crowds of people, there is still plenty of space on the island and long may it stay that way


For a different approach, how about an two day overnight private charter on the MV Sai Mai. Head out to the island at your own pace and visit the best parts of the island for snorkelling or diving, you can head inland anytime you like.

Easy Day Thailand can book and organize your stay at all our recommended hotels and resorts, arrange activities and more. Just send us an email now
Posted by Anonymous