I stayed at Al's Laemson resort in June 2013 as part of our on going process to check the standard of the hotels that we offer. To be honest, I didn't warm to this resort. That's partly because I was staying  there by myself and the resort was virtually empty of other guests. Al's Laemson is a resort more suited to couples than solo travelers. This resort gets very good reviews on Trip Advisor.

Al's Laemson has a good swimming pool and a nice spacious setting that winds down to the beach. The beach restaurant is cool and fresh. The design of the rooms seemed somewhat clinical to me and the layout of the stand alone bungalows was a bit odd with the verandas all facing in towards each other. Inside the rooms the facilities were fine, everything was spotlessly clean and the rooms are certainly big. The veranda of my bungalow was huge but as it got the sun nearly all day long was usually too hot to sit out on. I personally didn't like the styling of the bungalows, others may like the minimalist style.

Al's Laemson Resort is located in the north east of Koh Samui. It's actually on the north part of Chaweng Beach but it feels like a different place altogether. It takes 10-15 minutes to walk into Chaweng centre, or a free shuttle is available several times per day. It's a picturesque little bay that is nice to stroll on but it's too shallow for swimming. 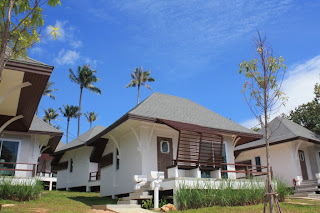 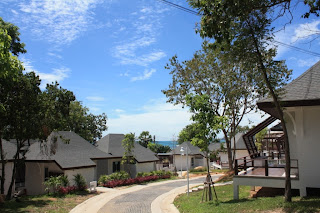 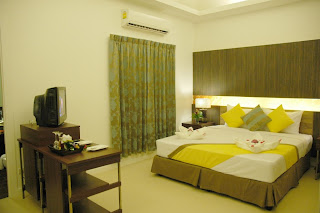 Watch this space over the coming weeks as we will be adding more Koh Samui resorts to our Easy Day Thailand Selected Resort recommendations in Koh Samui.

More on tours in Thailand at www.easydaythailand.com
Posted by Unknown