Lucia did several tours with Easy Day Thailand and had a great time ...


"It was my first time visiting Phuket from 15-17 August 2011. Traveling is my hobby and I am usually do it alone since my family are working in Jakarta, Indonesia. Knowing that it may complicated travel alone to Phuket at that time, I browsed internet and found EasyDayThailand can be solution for that. I contact Diego via Skype and he arranged in the best way so that I can travel from one place to another easily.


I shared my itinerary here:


From Bangkok I took early morning flight to Phuket. After arrived, the driver was ready picking me up from Airport. From there we went to Chalong Temple to see the most famous temple in phuket 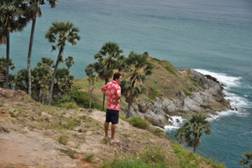 From there, I checked in to Patong Beach Lodge Hotel, a budget class in strategic location and met Diego to clarify the final itinerary. Then I enjoyed sunbathing in Patong Beach by just walking 10 minutes from the hotel 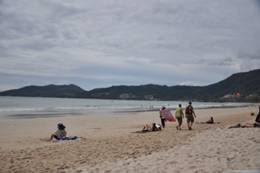 Then I went back to hotel and spent my first amazing night by watching Phuket Fantasea as theme park with magic and cultural shows located in Kamala Beach. I got golden seat so that I can enjoy the best view from the show. It was amazing!


On the second day, I spent almost one day in Phi – Phi island via group tour. We went there with speed boat from Chalong bay and took about one hour and 45 minutes to get to Phi Phi Island. First stop was to Maya bay then visited monkey. We had lunch at Phi Phi Don then one the way back to Phuket, we stopped at Koh Kai. I felt very happy during the journey with the groups so that I didn’t feel lonely J

On the second night, I watched Simon Cabaret which is quite near to hotel as a spectacular musical floor show performed by the world famous "ladyboys". It was great and funny performance. Four Thumbs Up!


That was my last day in Phuket. But I enjoyed every single time especially on my first private trip to dream island, Phang Nga Bay. We dropped to Sam Chong pier where a local boat already waiting to take me to famous James Bond's island, Hong Island and other beautiful places around. The private guide was very nice and helpful. Fortunately we both like photography so we can discuss many things. 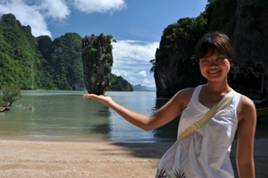 We back for lunch in Sam Chong Sea food where lunch has been organized for me. Seafood menu was really delicious so that I felt quite full. For the last shot, I visited the Sawan Kuha Temple as a cave temple with a large reclining Buddha statue inside. 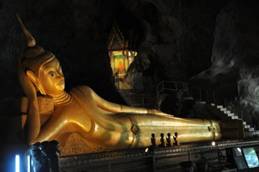 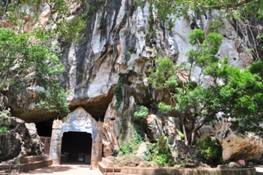 From there, I dropped to airport to go back to Jakarta. It was pleasure for me having EasyDayThailand arranging this first trip


Hopefully I can come back to Phuket as soon as possible, since I haven’t explore the other island especially snorkeling in Racha Yai